Book 1 in the Conquest Series

First published in 2011, Tancred’s first adventure is available now in the UK, US and Commonwealth in hardcover, paperback and as an eBook in all formats.

It is also available in Germany under the title Der Pakt der Schwerter, and in the Czech Republic as Ve znamení meče. 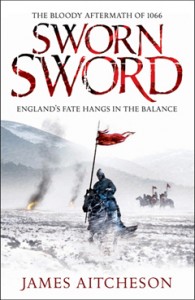 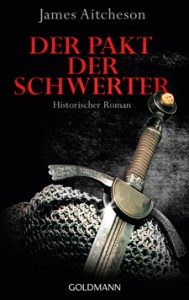 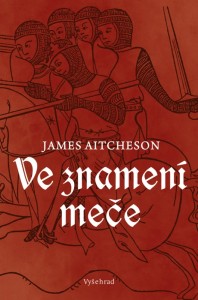 JANUARY, 1069. Less than three years have passed since Hastings and the death of the usurper, Harold Godwineson. In the depths of winter, two thousand Normans march to subdue the troublesome province of Northumbria. Tancred a Dinant, an ambitious and oath-sworn knight and a proud leader of men, is among them, hungry for battle, for silver and for land.

But at Durham the Normans are ambushed in the streets by English rebels. In the battle that ensues, their army is slaughtered almost to a man. Badly wounded, Tancred barely escapes with his life. His lord is among those slain.

Soon the enemy are on the march, led by the dispossessed prince Eadgar, the last of the ancient Saxon line, who is determined to seize the realm he believes is his. Yet even as Tancred seeks vengeance for his lord’s murder, he finds himself caught up in secret dealings between a powerful Norman magnate and a shadow from the past.

As the Norman and English armies prepare to clash, Tancred begins to uncover a plot which harks back to the day of Hastings itself. A plot which, if allowed to succeed, threatens to undermine the entire Conquest. The fate of the kingdom hangs in the balance…