After working full-time as a novelist for seven years, in 2017 I decided to follow another long-held ambition by returning to academia. Four years later, in October 2021, I successfully completed my PhD in Creative Writing at the University of Nottingham. My research was funded throughout by the Arts and Humanities Research Council (AHRC) via the Midlands3Cities Doctoral Training Partnership.

Read on for an insight into what I’ve been working on, and where my research has taken me over the past few years. 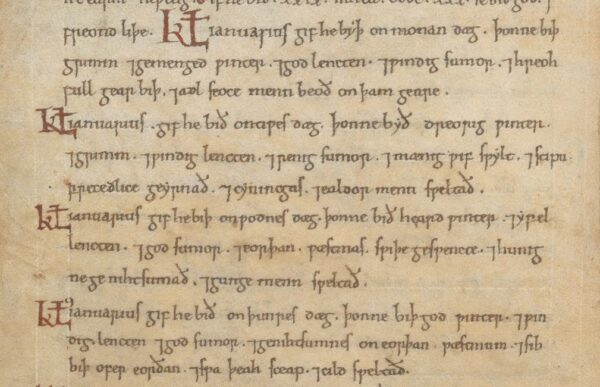 The beginning of the Old English Reuelatio Esdrae, a text that makes predictions for the year ahead based on what day of the week 1 January falls upon (BL Cotton Tiberius A.iii, f. 41v. ).

Writing the Middle Ages: the boundaries of historical fiction

What does it involve?

A PhD in Creative Writing has two parts:

For the creative part of my research, I’ve been writing a historical novel, set during the Middle Ages, which incorporates a number of fantastical and supernatural elements and tests the boundaries of what we have traditionally called historical fiction.

I look at my own work and compare and contrast my approaches and creative philosophies with those of Hilary Mantel, Umberto Eco and Kazuo Ishiguro, among other novelists, to:

In essence, I argue that writers, critics and readers have tended to focus too much on the ‘historicalness’ of fiction set in the past – its ‘accuracy’ and ‘authenticity’, concepts that are increasingly suspect – and risk overlooking the many other things that it has to offer.

What’s the novel about?

The novel at the heart of my thesis is a work of historical fiction, set during the eleventh century at an unidentified monastery located somewhere in England. It makes use of various fantastical and supernatural devices (e.g. miracles, portents, ghosts, dream-visions, prognostication) and stylistic effects to test the boundaries of historical fiction as it is usually defined.

The novel’s many influences include (in no particular order) William Golding’s The Spire, Jeanette Winterson’s The Passion and Sexing the Cherry, Colm Tóibín’s The Testament of Mary, Margaret Atwood’s Alias Grace and The Handmaid’s Tale, Tom Wolfe’s The Right Stuff, Gene Brewer’s K-PAX, and Gabriel García Márquez’s Of Love and Other Demons. 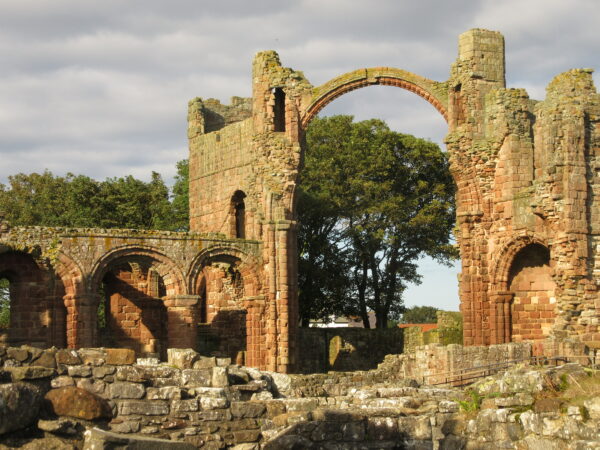 In 2013, while I was in the final stages of writing my third novel, Knights of the Hawk, I presented a paper at my first major academic conference. The Middle Ages in the Modern World, which took place at the University of St Andrews, was a gathering of some 175 scholars from across the globe, exploring how our medieval past has been remembered, depicted, referenced, re-created and reconstructed in more recent times. Drawing upon my professional experience, my paper discussed how novelists might go about presenting their subjects in a historically responsible way.

After that, I became even more involved in the academic world, attending several editions of the Midlands Viking Symposium and the London Anglo-Saxon Symposium, and participating as a speaker in roundtable discussions on historical fiction at the Viking World conference in Nottingham in 2016 and the International Medieval Congress in Leeds in 2017.

During all of this, I gradually built up an appetite for further research, and it seemed to me that a PhD was the natural next step.

Where has your research taken you?

Although my research is centred on historical fiction, it touches upon a number of other subject areas. Over the course of the PhD I have also had the opportunity to indulge my passion for medieval history and literature.

Beyond historical fiction, my research interests include:

I have spoken about particular aspects of my research at various conferences both in the UK and overseas. In 2018 I travelled to Rome to deliver a paper on new approaches to historical fiction, and in 2019 I was invited to a major international conference on early medieval England in Albuquerque, New Mexico (pictured below), where I presented some of my research into medieval understanding of comets, eclipses, supernovae and other celestial phenomena. 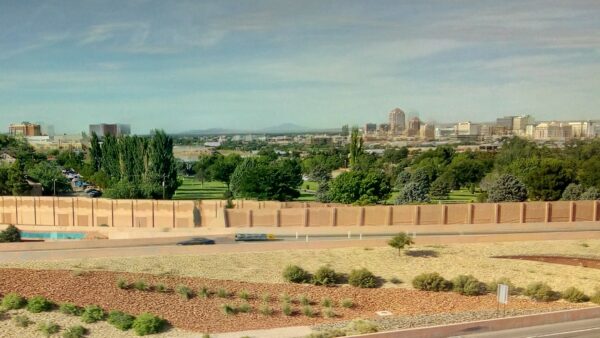 The PhD has given me the opportunity to redefine myself as a writer and to expand my horizons by experimenting with form, voice and prose technique. I’ve made a conscious effort to break away from my usual writing habits and to go beyond my comfort zones, and the writing I’ve produced has been some of my most imaginative work.

It has been a wonderfully liberating experience and I don’t think it’s any exaggeration to say that this is the most creative period I’ve experienced in my career to date.

Who are your supervisors?

Throughout my PhD I have enjoyed the support of two excellent supervisors at the University of Nottingham: Dr Spencer Jordan (Creative Writing) and Dr Christina Lee (Viking Studies).

How can I find out more?

To find out more about my research you can: