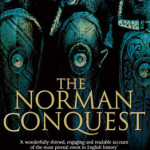 Last week I posted Part One of my list of top reads of 2013. Following on from The Sea Road, The Spy Who Came in from the Cold and The Face of Battle, here’s another selection of books to keep you entertained over Christmas and into the New Year. This time round, I thought I’d turn the spotlight on some of my favourite new releases of the year.

This accomplished debut novel – the first in a trilogy – doesn’t fit easily into any one particular genre. Best described as a post-apocalyptic zombie Western survival/pursuit thriller, it’s also an emotive tale of humanity and sacrifice in a world riven by fear and prejudice. Set many centuries into the future, when society has regressed to a pre-industrial technological level, it tells the story of soldier Thomas McDermott, killed in battle but now back from the dead as one of the Walkin’. Partly burnt and horribly disfigured, but nevertheless in full possession of his mental faculties, all he wants is to return to his hometown of Barkley and to be reunited with his wife and daughter. Therein lies the problem, however, for in Barkley the Walkin’ are seen as anathema, tainted ones and servants of the devil. By returning home, Thomas is placing not just himself in danger but his family as well. A lecturer in Creative Writing at Aberystwyth University, Towsey is a master of his craft; lyrical prose and compelling characters combine here to create a novel with real warmth and heart. I eagerly look forward to the sequel, due to be published in 2014.

First published in hardcover in 2012, Marc Morris’s new history of the Norman Conquest came out in paperback this year and without a doubt stands among my favourite non-fiction reads of the last twelve months. Accessible to the non-specialist and engagingly written, his account of these critical years is underpinned by rigorous source analysis. Wherever the evidence of different texts comes into conflict and the truth of the matter is uncertain – as is often the case when dealing with material from this period – Morris is careful to present both versions of events. This even-handedness extends towards the Normans and the English themselves; while there is a tendency nowadays for us in the modern age to identify and sympathise with the Anglo-Saxons against their foreign oppressors, Morris encourages us not to colour our judgement of past events by taking sides. Beginning his study in the early eleventh century and continuing up to the end of the Conqueror’s life in 1087 (with a postscript extending into the twelfth century), he sets the events of 1066 in their proper context. Throughout the text he combines a historian’s scholarship with a storyteller’s flair and narrative drive, and the result is an absorbing and up-to-date study of the subject. If you’ve already finished Knights of the Hawk and are looking to discover more about the period and the Norman impact upon England, this will serve as an excellent companion. Highly recommended.