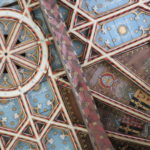 This week I wrote.

That probably seems like a fairly unremarkable thing for a novelist to say. But in fact this was the first time since last summer that I’d produced any substantial creative work at all.

Sure, I’d scribbled down musings from time to time: a phrase; a sentence; sometimes as much as two sentences in a row. I’ve put together a quick-fire story in ten minutes as part of an exercise during a writing workshop that I led recently.

What I hadn’t done in over six months was spend a full day at my computer engaged with my current novel. In fact, for most of 2017, I deliberately didn’t write, or did so only intermittently. My total word count for my work-in-progress amounted to not much more than 10,000 words – that is to say, roughly around 30 pages.

I was a writer who wasn’t writing. 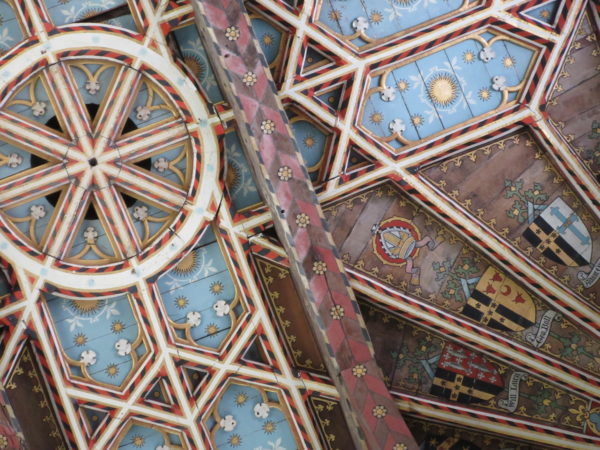 Detail from the ceiling of St David’s Cathedral, St Davids (Pembrokeshire). Photograph taken during the writer’s retreat I went on in spring 2017.

Of course, there have been a few mitigating circumstances. I was busy with other things: firstly preparing to begin my PhD at the University of Nottingham, and then, from the autumn onwards, launching myself into my research, which has taken me down some fascinating avenues. (Look out for more posts about my research coming soon.) But the main reason for this extended break was simply that I needed the time to recharge my creative batteries.

By that point I’d been writing consistently for over a decade: I began working on my first novel, Sworn Sword, shortly after I graduated from Cambridge in 2006. Traditionally I’ve tried not to take very long between finishing one novel and starting the next – often no more than a couple of months. It always seemed like the best way of overcoming the fear of the blank page, and gave me a continuing sense of purpose.

What it’s meant, though, is that there’s rarely been a moment when I’ve not had one project or another actively underway. In ten years, I hadn’t allowed myself the chance to step back and think more broadly about my creative direction and what I’m looking to achieve.

Hence why I decided for once not to pitch myself into this latest novel with the same single-mindedness, but instead to let it evolve gradually. In fact, the most important imaginative work I did in 2017 was away from the computer, as I refocused my energies.

I ventured out into the field to explore the history embedded within the urban and the rural landscapes: castles, cathedrals, abbeys, churches, palaces, you name it. I invested in a replacement for my aging 2003-spec digital camera and experimented with photographing these sites, searching for new ways of looking at them and the world in general. 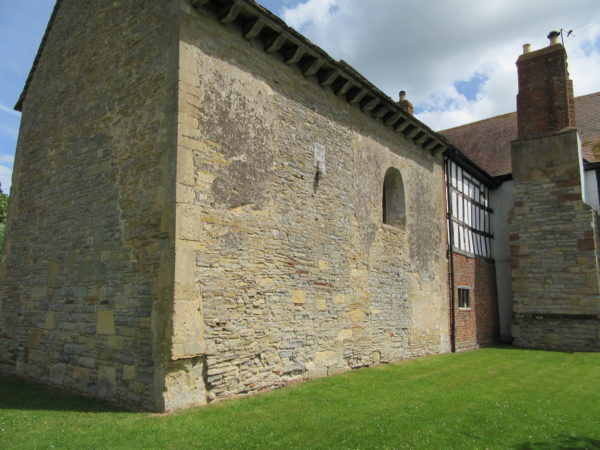 Odda’s Chapel, Deerhurst (Gloucestershire): a rare example of a surviving late Anglo-Saxon church, and the destination of one of my many historical field trips in 2017.

Armed with notepad and HB pencil, I sought out the ancient and medieval collections in museums across the country, and made rough sketches of the artefacts I saw: whatever inspired me, however magnificent or mundane.

I thought about writing, even though I was doing very little of it. I went on a retreat, and even though it wasn’t as productive as I hoped, I came back re-energised. I spent more time than usual in the company of other writers, talking with them about the challenges, joys and frustrations of the creative process, and revelled in that sense of community. (Writers, in my experience, tend to be solitary creatures by necessity rather than by nature.)

I read books by authors I’d never encountered before, in all sorts of genres: historical fiction; memoir; SF and fantasy; young adult; contemporary; short stories; magical realism. All the while I continued to make reams of notes for my work-in-progress – gems of insight that I could add to my treasure hoard.

When I finally came back to the novel this week, having not looked at it – or those extensive notes – for several months, I saw it at once in a new light. To put things into perspective: those 10,000 words from last year were already, in my view, a cut above anything I’d ever produced before. In purely numerical terms it might not have amounted to much, but technically and conceptually, I felt I’d made an enormous stride forward.

Once I set to work, though, I was quickly aware of how often the 2018-me was bringing out the red pen for paragraphs that the 2017-me had considered brilliant. Even though I hadn’t been actively exercising my writing muscles, my expectations had evolved. I had raised the bar; I’d become more demanding of myself, not to mention more confident in my own abilities. 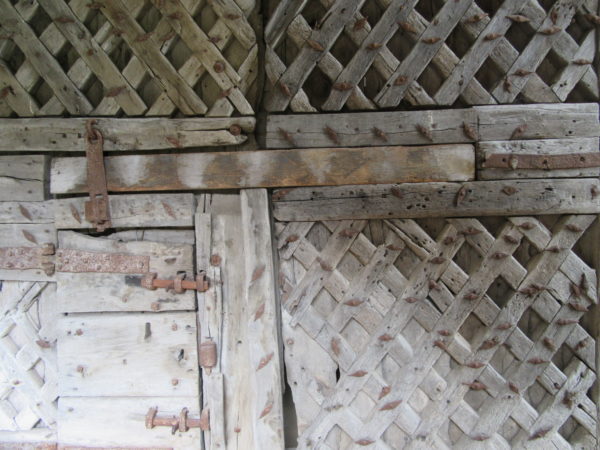 Detail of the oldest castle doors in Europe, at Chepstow Castle (Monmouthshire). Photograph taken during another of my many historical field trips in 2017.

The revised draft that eventually emerged was a considerable improvement in almost every aspect: better control of voice; greater precision of imagery; a more tightly worked approach to dialogue. And this made me think.

Is it possible to become a better writer by not writing?

From the very beginnings of our literary careers, we authors put pressure on ourselves to keep busy. How-to guides on getting started in creative writing often stress the importance of establishing a routine: making it a familiar habit. Indeed, the most common piece of advice I give to aspiring writers is simply to practise, and then to practise some more. There’s no great secret to it: the more you write, the better you’ll get.

For professional novelists, too, it’s easy to feel that if you’re not actively working on something, you’re not being productive. Readers, editors, booksellers and fellow authors are all eager to know not just about the current project, but also what’s next in the pipeline. (Will there be a sequel?) And, of course, time is money: if you’re not writing, you’re not earning.

At some point, though, it’s worthwhile taking a step back. If you’re to take your craft to the next level and produce something truly original, it makes sense to pause once in a while. Only by gaining some distance from the nitty-gritty can you see the bigger picture.

Don’t be a slave to your manuscript! Give your writing the room it needs to breathe. Take stock of what you’ve achieved so far. Think about how you might do things differently next time round. Consider new approaches, new ways of challenging yourself. 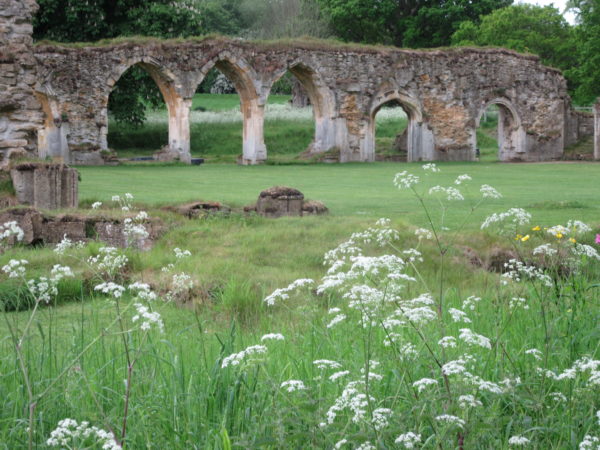 Hailes Abbey (Gloucestershire): a Cistercian monastery founded in the mid-13th century by Richard, Earl of Cornwall and younger brother of Henry III.

Reflect. Refresh. Get out for a bit. See the world. Read more books. Try your hand at another creative discipline. Open yourself up to new experiences. Do anything but write, at least for a little while.

Most importantly, by stepping back you allow yourself to recapture the passion, energy and ambition that made you want to write in the first place.

You owe that to yourself. And, in the long run, it’ll be worth it.