Currently viewing the tag: "The Archers" 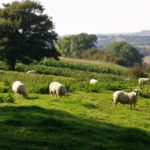 How should fiction respond to current events?

In a way, it’s reassuring to know that, amidst the pandemic-induced tumult that has engulfed the world, The Archers – that famous Radio 4 institution – remains a coronavirus-free zone. Life in the fictional community of Ambridge continues miraculously as it ever has done, sans the lockdown and self-isolation measures witnessed by the rest of us.

For now, at least. Enough episodes have been recorded that the long-running radio soap will keep going in its current format until the end of this month, with (presumably) no references to the dreaded c-word being made during that time.

From May, however, all that will change. The BBC’s recent announcement reveals that coronavirus will indeed begin to feature, “in a way that the programme’s many loyal listeners might expect”, and that the format will be different, too, with individual cast members recording their parts from home studios.

But with fiction in this case taking so long to catch up with reality, there are some important questions worth raising about the relationship between the two. To what extent do we expect fiction to reflect the real world that we see around us? How important is it that fiction – whether in the form of radio drama, film and television, or novels – keeps up with rapidly developing current events?

We are, of course, primed to accept a certain level of artificiality in our fictions. We know that there is no Ambridge, no Felpersham, no Borsetshire. We know that these places – and their associated characters – exist in a setting which is not actually rural Britain but a simulacrum, an amalgam of rural Britain, and not even that but rather than insulated pocket within that imagined world.

We take these things as given. We readily accept that The Archers represents an alternate or parallel reality, a pretence, an illusion. And yet, as series editor Jeremy Howe says, one of the programme’s aims to offer “a picture of the way we live now in rural England”. That is to say, if it doesn’t bear at least some relation to the texture of real life – if it does not feel authentic – then it will not satisfy its listeners.

The BBC’s press release reminds us that topical events such as England’s progress during the World Cup have often been added to scripts, not only keeping the programme up-to-date but also sustaining the sense of authenticity required in order to render this fictional world believable.

But where does one draw the line? How much of the real world should be permitted to intrude upon the lives of these characters? Which real-world events are important enough that they must be included, and which can be disregarded? More widely, we might well ask: what do we want to see from the fiction that we consume – both during the current crisis and otherwise? Is its role to represent and respond to reality, or to offer a diversion from it?

“For nearly 70 years Ambridge has been a haven for our audience, and so it continues to be,” Howe says. “Whilst Coronavirus might be coming to Borsetshire, listeners can still expect The Archers to be an escape [emphasis added].”

On how he intends to reconcile these two apparently divergent aims, however – to provide both “a picture of the way we live now” and “an escape” – he remains tight-lipped. It will be interesting to see what course the programme steers over the coming months.

The reason these questions have occupied my attention this week isn’t because I’m a devoted listener of The Archers (sorry, Ambridge fans) but because many of the same issues arise in my own work and research, albeit in relation to the past rather than the present.

What is it that gives a historical novel authenticity? How closely must a novel set in the past adhere to real events, cultures, social customs etc., in order for it to qualify as “historical” fiction? Would it be better if we considered all works set in the past to be essentially a form of counterfactual (“what if?”) narrative – imagined, possible versions of events that bear some resemblance to reality, without necessarily making any claim to represent it?

These are the sorts of questions I’ve been asking over the past two-and-a-half years during the course of my PhD at the University of Nottingham, and which I’ve been trying to answer while working on my latest novel and the thesis that accompanies it.

Whether we’re writing about the past or the present or the future, there will always be a natural tension between fiction and reality. That said, imagining how things could be different either now or in the future, or how they might have happened (or happened differently) in the past, is what fiction has always excelled at. Moreover, the power of these alternative realities to contextualise our present situation – and allow us to see it in a different light – should not be underestimated.

Would it be a problem if The Archers were to continue blithely on its own timeline – if it remained pandemic-free indefinitely? I wonder.