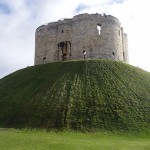 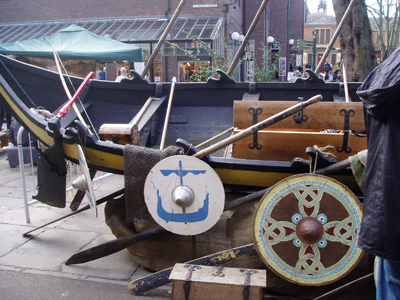 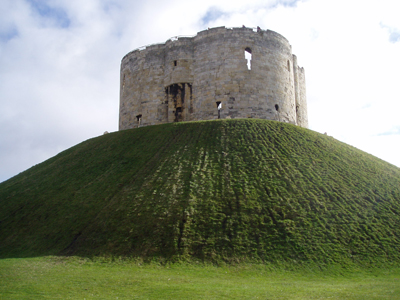 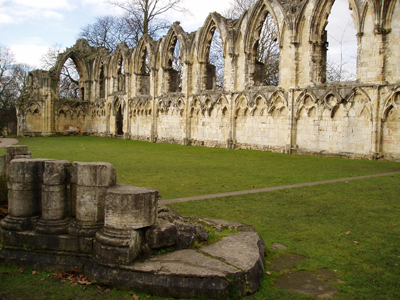 The Battle of Stamford Bridge

Listeners to this morning’s edition of In Our Time on BBC Radio 4 were treated to a fascinating discussion about the Battle of Stamford Bridge, which took place close to the city of York on 25 September 1066. This encounter saw the famed Norwegian adventurer and warrior King Harald Hardrada pitched against the newly crowned King of England, Harold Godwineson, and were it not for what happened less than three weeks later at Hastings, it would probably be regarded as one of the most significant battles of the age.

Many of the specifics relating to the battle are impossible to know, such as how many men fought on either side, or even where exactly it took place: there is no village of Stamford Bridge recorded in Domesday Book, and it is probable that the name was purely descriptive, referring to a crossing-point somewhere on the River Derwent. The outcome, however, could not have been clearer, as the Norwegian forces were routed in a decisive victory for the English.

The near-contemporary Anglo-Saxon Chronicle records that Harold came upon them by surprise, although the story that the Norwegians had left their mail hauberks on their ships is harder to credit, since it originates from Snorri Sturluson’s Heimskringla saga, written more than 150 years after the event. Whatever the manner of the victory, what is known is that Harald Hardrada was killed along with the vast majority of his army, which included Harold Godwineson’s own brother Tostig. Indeed it is said that only 24 ships sailed back to Norway, out of a fleet of roughly 300 that had set out.

Of course Stamford Bridge was merely one episode in the story of 1066, but its repercussions were enormous. Even as Harold was engaged in the north, Guillaume (William) of Normandy was able to land unopposed at Pevensey on the south coast, before raiding the region in order to gather supplies for his army. At the same time he established a castle at Hastings, thus entrenching his position. If Harold wanted to drive the invader out of the kingdom, he therefore had little choice but to march south and do battle with him, at tremendous risk to himself and the kingdom. The dénouement of that story is of course well known.

It is worth noting finally that York and the region around it continued to be a battleground for years to come. The second-largest city in England at the time, it was a rich centre for trade and a vital strong-point in the north of the kingdom, making it a key target in 1069 when Eadgar Ætheling led his army against the Normans: a tale shortly to unfold when Sworn Sword is released in hardback on 4 August.