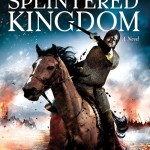 U.S. publication of The Splintered Kingdom

“They came at first light, when the eastern skies were still gray and before anyone on the manor had risen. Shadows lay across the land: across the hall upon the mound and the fields surrounding it, across the river and the woods and the great dyke beyond that runs from sea to sea. And it was from those shadows that they came upon Earnford, with swords and knives and axes…”

So begins The Splintered Kingdom, the second novel in my Conquest Series set during the violent aftermath of the Battle of Hastings. Published by the wonderful people at Sourcebooks Landmark, it goes on sale today in hardcover in the United States, and its 416 pages can be yours for just $24.99 (list price).

Set in England in 1070, one year on from the end of Sworn Sword, it once more features the ambitious Norman knight Tancred, who has been rewarded for his exploits with a lordship in the turbulent Welsh borderlands. But his hard-fought gains are soon placed in peril as a coalition of enemies both old and new prepares to march against King William. With English, Welsh and Viking forces gathering and war looming, Tancred is chosen to spearhead a perilous expedition. Success will bring him glory beyond his dreams; failure will mean the ruin of the reputation he has worked so hard to forge. As shield walls clash and the kingdom burns, not only his Tancred’s destiny at stake, but also that of England itself.

Like all my novels, The Splintered Kingdom can be read as a standalone adventure, so you don’t necessarily have to read Sworn Sword first in order to follow what’s going on. As always, e-book editions are available on all platforms for the more digitally inclined. Both the physical and the electronic versions also include a sneak preview of the third novel in the series, Knights of the Hawk, which is already scheduled to be published by Sourcebooks Landmark in 2015.

If you’re interested in finding more about the Welsh borderlands, where The Splintered Kingdom takes place, I’ve just published a mini-history of the region in the Tancred’s England section of my website – my historical guide to England as it was c.1066. It’s a project that I’m constantly developing and which I’m looking to expand over the coming months, with entries on some of the other places visited by Tancred in the course of his travels. 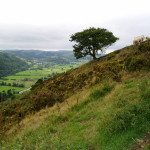 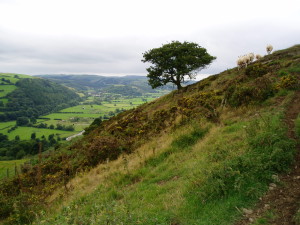