Currently viewing the tag: "The Middle Ages in the Modern World" 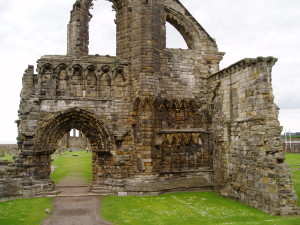 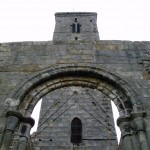 The Middle Ages in the Modern World: Part Two 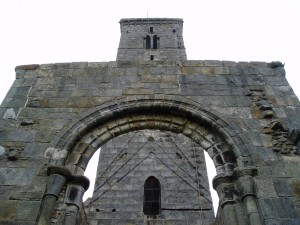 The 12th-century tower of St Rule (St Regulus), in the grounds of St Andrews Cathedral.

Among the many great panel sessions at The Middle Ages in the Modern World at the University of St Andrews was one entitled “Dirt, Dirty Doings and Doing the Dirty”, presented by Susan Aronstein (University of Wyoming), Laurie Finke (Kenyon College), Amy Kaufman (Middle Tennessee State University) and Andrew Elliott (University of Lincoln). The session explored the various ways in which the medieval period has been depicted in recent film and TV dramatisations, focussing in particular on The Pillars of the Earth, and the pseudo-medieval Camelot and Game of Thrones, which, even though they are more fantasy than historical fiction, nevertheless claim to embody something of the spirit of the Middle Ages.

While many of these and other dramatisations dress themselves in the lavish costumes, scene-dressing and CGI that are the hallmarks of the so-called “sexy historical”, the content is often much less glamorous. The main focus of the discussion revolved around the prevalence and degrees of vice, debauchery and violence (including sexual violence) depicted in these programmes, their portrayal of women, and the ways in which they make use of the commonly held belief that the Middle Ages were a period in which life was “nasty, brutish and short”.

Clearly this is a very skewed and limited vision of the period, and yet it seems to be one that the US-based cable networks such as HBO, Showtime and Starz, who commission and in large part fund these series, have hit upon as a means of drawing in viewers. A similar formula can also be found in the treatments afforded to The Tudors and The Borgias. Why is it that this recipe has recently found success, and should we be concerned that the Middle Ages are getting such a bad press?

It should be noted that this new brand of “dirty medievalism” is, by and large, the preserve of the cable channels. Indeed in the UK, the BBC’s dramatic uses of the Middle Ages have tended to be oriented more towards family entertainment, with series such as Merlin and Robin Hood offering a very different depiction of medieval life: one that is gentler and interspersed with humour. Which of the two approaches, if either, presents a better reflection of the medieval reality? 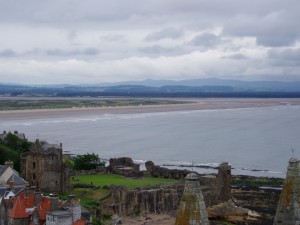 St Andrews Castle (foreground), with West Sands Beach and the North Sea beyond.

As a historical novelist, these discussions were of tremendous interest to me, since I often wrestle with similar dilemmas in my writing. Since my Conquest series is narrated by only one character, and a man of the sword at that, inevitably the vision of eleventh-century England that emerges in the books tends to be centred around themes of war, treachery and hardship. Of course the years immediately after 1066 were uncertain times, and undoubtedly bloody. Indeed one of my aims is to show that the struggle for mastery of England did not end with Harold’s death at Hastings, but was long and bitter.

Nevertheless, I’d hope that readers of my novels come away with the sense that kinship, duty and love did matter to medieval people, just as they matter to Tancred and his allies, and that there was honour to be found in their world. While treachery, backstabbing, power games and violence abounded, it seems strange to argue that these facets were peculiar to the Middle Ages, or that they were the main distinguishing features of that period. For that reason, as entertaining as these recent TV dramatisations are, there remains for some a nagging sense that, in limiting their vision, they do the Middle Ages a disservice.

Needless to say it was a fascinating discussion – one of many over the course of the conference. Even now, more than a week after coming back, I’m still working my way through and absorbing the various notes I made. I hope to share some more of my findings from my time in St Andrews in the not too distant future!

If you missed it last week, catch up with Part One of my report from “The Middle Ages in the Modern World”.

Tagged with: Camelot • Game of Thrones • historical fiction • medieval studies • medievalism • St Andrews • The Middle Ages in the Modern World • The Pillars of the Earth 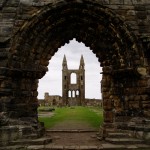 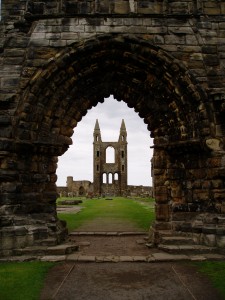 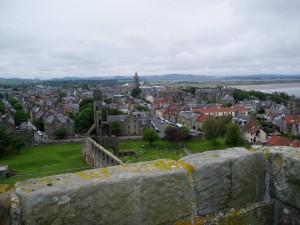