Currently viewing the tag: "The World Until Yesterday" 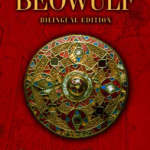